Wages and Recruitment: The Pressure is Building

The scene opens on an office with two people facing each other across a desk. The one behind the desk takes a piece of paper, and with exaggerated strokes, writes an unseen amount on it, folds the paper in half and slides it slowly across the desk. There is tension in the air. The paper is picked up, unfolded and read. The entire plot hinges on whether the amount, still invisible to the viewer, is accepted or rejected.

This performance has played out countless times in films and television. For those attempting to recruit in a tight labor market successfully, the scene may feel uncomfortably familiar. Determining the right wages at a time of record high job openings and low unemployment can seem daunting. Offering wages that are too low can repel the best talent while offering wages that are unnecessarily high can impact a company’s profitability. Understanding the causes of current wage pressures allows employers to make informed decisions that will have a positive effect on their recruitment processes.

Beyond Supply and Demand – Causes of Wage Pressure

It’s Economics 101: the cost of goods and services rises when their availability decreases. When there is low unemployment, available workers are scarce. Companies that are seeking to attract talent need to source from a limited pool of available workers as well as those who are currently working. Since the top reason that workers quit their jobs is for better pay elsewhere, companies face the dual challenge of finding the right salary to offer the workers they are trying to attract while also retaining their current employees. While this supply and demand scenario is critical to understanding wage pressure, there are other important factors at work in today’s recruiting environment.

Inflation continues to remain at low levels in most major economies, but the cost of living is rising in many places due to high housing costs. This is especially true for cities that are major business and financial centers. Companies recruiting in these metropolitan areas need to factor in the current and potential future cost of living in these locations when determining their wage ranges as part of an effective recruiting strategy.

Competition from the Gig Economy

The gig economy was not a factor in wage pressure just a few years ago, but it is an integral part of today’s talent landscape. Uber, the company that pioneered this sector, surpassed 1.5 million drivers last year. Some people may choose to work in the gig economy to supplement the income from their full-time job. For others, gig work is an attractive alternative to working set hours, going to an office and having a boss. Employers that want to attract talent to fill positions need to know how their pay rate compares with those choosing to work as independent contractors by tapping on an app.

Supply and demand also come into play when there is a shortage of workers who possess the skills required by employers. Consider the example of welders in the United States. In 1988, there were about 570,000 welders compared to the 360,000 in 2012. The American Welding Society estimates a 290,000 job deficit for welders by 2020. Due to a skill shortage and increased demand, wages for welders are projected to increase at nearly double the rate of the average U.S. worker. Wage pressure resulting from skills shortages is a global issue. Employers should factor in the availability of workers with the required skills, or those that can be trained to acquire these skills, when determining pay rates.

The United States and other leading economies have had sustained job growth and low unemployment for an extended period, without experiencing a corresponding substantial increase in wages. However, there are leading economists that believe that wage inflation is imminent. Employers seeking to find the best talent should take note of the current economic environment in the U.S. A recent article in Bloomberg reported that during the current economic cycle, the rate at which workers are leaving their jobs has accelerated to its highest point in the in the past six months. This is an indication that the strong labor market is giving workers the confidence that if they leave a job, another one can be found without difficulty.

The article goes on to cite The Federal Reserve Bank of Atlanta’s wage measure for job switchers, those who leave one employer for another, which has also rebounded to cycle highs in recent months, reaching 4.4 percent in March and 4.0 percent in April. The article goes on to note: “Seems like a good environment for workers facing stagnating real wage growth to start looking for greener pastures, forcing firms to boost compensation more aggressively to attract and retain employees.”

Relieving the Pressure on Recruitment

With so many factors to consider, how can employers determine a wage range that will attract the best talent without causing an unnecessary negative impact on profit? Companies should consider partnering their recruitment efforts with an expert, such as a recruitment process outsourcing company or RPO.  RPOs can provide information on current wage rates, the supply and demand of workers in specific markets and the ability to source and screen candidates. An RPO provides the steps to deliver the best candidates while delivering an employer the insight to offer the right wages to attract the right talent. By partnering with an RPO, an employer can leverage an understanding of wage pressure into an asset in its recruitment efforts. 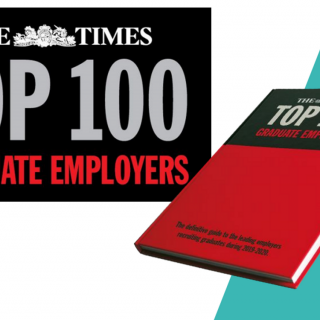 How to increase your place in the Times Top 100 ranking 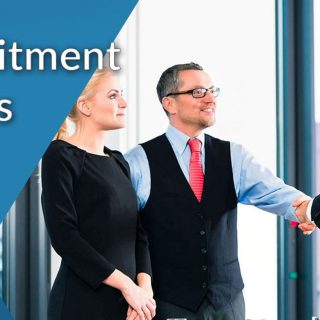 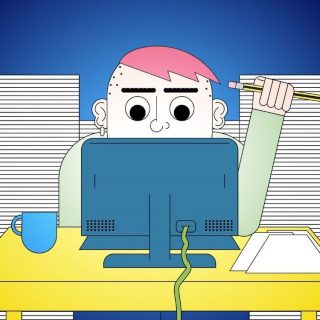 Future of Resourcing - an insider perspective