Managing Change During an RPO Implementation: What to Expect in the First 120 Days & Beyond

Change is hard. It’s frustrating. It comes with pain points and, at times, a feeling of giving up. But, despite all its challenges, change also brings innumerable benefits. Simply put, if you want to improve, you need to be open to change.

So, when it comes to implementing an recruitment process outsourcing (RPO) programme, it’s important to remember that no transition will be seamless. RPO transitions come with changes, both minor and foundational, that will present new challenges each day during an implementation. While this might seem daunting at first, know that these challenges come with a predictable and manageable pattern; the best way to approach change during an RPO implementation is with the knowledge of what to expect and how to succeed in the face of obstacles that appear along the way.

It’s no secret that people are going to be hesitant when it comes to change – especially when that change is likely to affect their day-to-day routine. To address this hesitation, it’s important to get everyone on the same page, consider stakeholder effects and educate people on what they should plan for once the implementation begins.

Some stakeholders will be early adopters who are hungry for change; utilise them as ambassadors for the new process. Others will be resistant, and these are the people from whom you want to gain buy-in. Once you identify the more cautious stakeholders, try to help them see the benefits of change from their perspective. Then, they can serve as the lead communicators to others who are hesitant and explain the value of the change in ways resistant team members will understand (and you may not have thought of).

The best way to get people on the same page is to address pain points and questions early on so people know exactly why a change is being implemented. Begin that process by answering these key questions:

Continue to communicate these Q&As to your team throughout the implementation to further drive buy-in for the new process.

During the RPO Implementation

Through my experience, I’ve identified four definitive phases that will take place during the first 120 days of any RPO implementation. Understanding these phases will help keep you on track during the implementation process.

This is the time to educate people on what changes are going to take place. People are excited, energy is high and everyone is working hard to be open-minded about the changes. Some people might feel an initial shock, as though changes are already starting, but this is the time to get everyone used to the idea of new processes and people before any big changes are made.

In the second phase, you address lessons learned in phase one and can begin operating at the new normal day by day. Energy remains high as people become more proficient in using the new processes. Issues decrease, but small concerns begin to go unreported. While morale is still high, minor frustrations occur while not everyone is up to speed yet.

This is the phase your client delivery leader warns you about; believe them when they say you’re going to get frustrated! Phase three is the toughest because it’s the time when people start becoming impatient with the way things are progressing. Everyone expects everyone else to be fully competent in the new processes and performing according to plan. Minor issues that went unreported in phase two often turn into bigger issues that come to light during this phase, leading to amendments to current processes and a review of the team make-up.

During the first three months of one client engagement, small changes were made to the process almost every day. At first, it felt frustrating, but it was the way the client was able to make progress quickly versus waiting for designated biweekly meetings for issues to be addressed. It was a new process for the client and a new way of approaching change from the provider side, as well. Through careful documentation, the client was empowered to successfully combat candidate fallout by continually adjusting the order of steps in the hiring process.

After adjustments are made to the team and process, things finally start to move more smoothly. People are now highly competent, wins are gained more consistently, and issues are reported and resolved as they occur. The team gets along and feels positive because it is at the correct size and structure. Phase four begins a state of steady growth, which leaves room to evolve.

While these phases are fixed, people in your organisation will complete them at different rates. It’s okay that some people might still be getting adjusted in phase two while others are already becoming more competent in phase three. However, phase four means the entire team has mastered the changes and is ready for innovation and further growth. To ensure everyone reaches the final phase, encourage weekly or daily check-ins to get everyone on the same page about the way the transition is progressing.

Communication is a two-way street, and it only works if both parties are actively communicating throughout the entire implementation. Because outsourcing your recruitment function means people from across the organisation will be affected, be mindful not to overlook a specific group when communicating information about changes. A forgotten conversation about what to expect could be the difference between someone feeling neglected versus feeling like they are a part of the solution.

As much as you need to be transparent with people about the goals and progress of the transition, they need to be open with you, as well. Be mindful of the fact that many of the people affected by the transition have been used to an internal system and coming up with workarounds when processes fail. For example, a process map nearby on employee desks is a handy way to compare their actions to those on the process and document whenever an adjustment needed to be made. As people begin reporting exceptions, you’ll be able to determine whether incidents are isolated issues or part of a larger trend.

In one client’s RPO implementation, a team member kept fixing the process without ever letting anyone know. While it was very nice of her to do that, she needed to be reminded that that was what her RPO provider was there to do: optimise the process and help save her time. She had an understandably hard time letting go of that need to fix the process, but eventually realised any exception to the established process – no matter how small – should be reported to ensure the overall RPO implementation success.

As issues are addressed and people start performing in accordance with the changes, be sure to publicly recognise and reward their behavior to further instill the idea that each team member brings value to the success of the implementation.

Beyond: Ensuring a Successful Transition

An RPO implementation can often feel like an uphill battle, but it’s important to remember that it’s a good thing. Walking uphill is tiring and at times frustrating, but it also comes with an incomparable feeling of accomplishment when you finally reach the top. Through every growing pain along the way, you’re still moving forward, and that’s what an RPO transition should feel like. There’s always going to be some level of discomfort with any new change, but remember, your RPO provider is there to help guide you throughout the implementation. You should feel excited by the idea of the value your RPO partnership will bring, and if you ever stop feeling value, that’s when you know something needs to change.

With any RPO engagement, you always want to be evolving and changing. As you’re working with your provider to fine-tune the changes, you’ll start to look at things with an innovative eye. As soon as you find yourself thinking about trying something new or adding in an extra piece to the programme, that’s a good sign that you’re moving forward in the right direction. 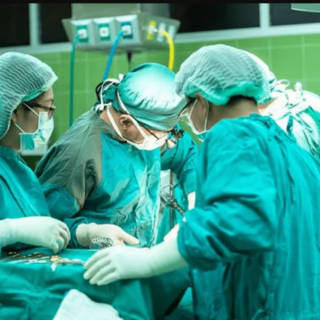 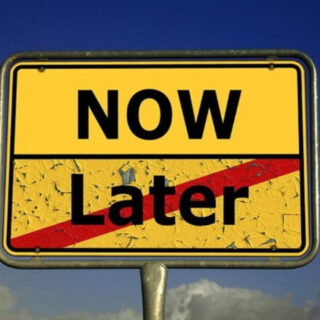