At PeopleScout, we’re committed to providing you with information to help guide your talent acquisition decisions across the globe. This article is part of our series identifying talent trends across the globe.

Asia Pacific (APAC) is home to more than 4.7 billion people, as well as some of the largest global economies. And, because it’s made up of more than 50 countries and territories with varied cultures, languages and job roles, it’s impossible to leverage the same talent acquisition strategy across countries.

APAC by the Numbers

However, according to the International Monetary Fund, APAC is also the fastest-growing region in the world and, as such, represents a huge opportunity for global enterprises to capitalise on this diverse talent pool. For this reason, it’s imperative for organisations to understand the skills shortages, demographic gaps and pandemic recovery challenges throughout the region.

In this article, we’ll cover some of the labour market trends in APAC. We’ll also point out what multinational organisations should be aware of when it comes to immigration, education and diversity, as well as their effect on talent acquisition in the region.

The COVID-19 pandemic recovery continues to lag behind in Asia. For instance, China is still enforcing its “zero-COVID” policy, while Shanghai and Hong Kong are dealing with spikes in infection numbers and deaths, which is delaying border openings and stifling employment recovery—particularly in economies that are dependent on tourism.

Meanwhile, other countries in the region are showing greater resilience. Compared to other parts of the world, the Great Resignation had been a step behind in APAC—but, as of March 2022, it seems to be in full swing. In fact, 58% of workers in Australia, Singapore, Japan, Hong Kong and Malaysia are planning to leave their current job. The motivations behind these moves seem to be on par with workers in the West; some of the top reasons cited are lack of growth opportunities, salary dissatisfaction and concerns about their wellbeing.

In Australia, the unemployment rate is at a record low of just under 4% as of May 2022, and it’s expected to drop even lower. However, the country is also experiencing an acute labour shortage: The closure of Australian borders during the pandemic meant that overseas migration to the country was negative for the first time since 1946. Pre-pandemic, one in 10 workers in Australia was on a temporary work visa. Then, as lockdowns went into place, hundreds of thousands of workers with temporary visas had to depart Australia—leaving a record number of jobs vacant. Accordingly, with only the local labour pool to pull from, unemployment dropped and vacancies soared, tripling in the retail and manufacturing sectors from 2020 to 2021.

Then, in December 2021, the country’s borders reopened to students and migrants with visas, which is helping to fill positions—especially among casual jobs in retail and hospitality. Now, many Australian organisations are looking to new talent pools, including tapping into globally dispersed talent. As an example, PeopleScout recently helped a hospitality client take advantage of a visa strategy introduced to attract chefs to Australia’s tourism industry: Through a Recruiter On-Demand solution, we were able to source chefs in the United Kingdom who were willing to relocate.

With a large and complex country, the knock-on effect of the pandemic on the Australian labour pool is still yet to be seen. Yet, CEOs in the country are optimistic, with 88% expecting growth in the Australian economy.

Across APAC, many countries are facing labour shortages due, in part, to aging populations and the accelerated rate of retirement during the COVID-19 pandemic. However, Gen Z makes up 25% of the APAC population—and they’re keen to have an influence.

At the other end of the spectrum, a 2021 study from the Japanese government revealed that more than 40% of workers aged 60 and older wanted to continue working, with many citing their desire to stay busy and give back. Even so, experts project that Japan will face a labour shortage of 1.5 million workers by 2030, despite expanded workforce participation and advancements in automation.

In 1991, the Indian government made sweeping reforms to its industrial and trade policies, which led to greater foreign investment due to its youthful population. As a result, India went from a primarily agricultural economy to a services-led economy with a boom in IT-related jobs. Consequently, there are now fewer lower-skilled jobs to absorb the large number of unskilled or low-skilled workers.

Moreover, the vast majority of jobs in India are informal: Just more than 2% of Indian workers are in secure jobs with access to benefits like retirement savings and healthcare. Therefore, these high unemployment numbers could be influenced by the number of educated young people who can afford to remain jobless while they find desirable work, rather than take low-paying positions. On the other hand, the poor—who have limited access to education—are forced to take any work they can get, which often involves pursuing unstable, daily-wage labourer roles in manufacturing and construction.

Tech Investment is Up, but Women are a Missed Opportunity

The technology sector is having a significant influence on talent trends in the APAC region: India is home to the largest tech companies, like Wipro, Infosys and HCL. The growth of the Indian IT industry has also created more than 16 million jobs that drive the digital transformation for global enterprises offshoring their IT and R&D functions to take advantage of India’s less-expensive software talent. To keep up with the demand for tech talent, STEM university grads have more than doubled in India. Yet, despite IT being a top interest for 21- to 25-year-olds, there’s still a talent shortage.

What’s more, with global enterprises embracing Indian talent, the country has also become a gateway to other markets in Asia. Now, $1 of every $2 in global investment goes to companies in Asia, some of which is fueling their own talent pools. For example, tech giant Apple has committed to building three Developer Academies in Indonesia, which will each produce 200 iOS developers annually.

Meanwhile, as a long-time leader in innovation, Japan’s high-tech and renewable energy sectors are the most profitable industries in the country. As a result, the Japanese education system is now adjusting to keep up with the demand for digital and software skills: In 2020, computer programming languages were introduced to elementary curricula. However, not all countries in APAC are stressing technology education. In Australia, only 3,000 to 4,000 IT graduates enter the workforce each year, which won’t meet the need for 156,000 new technology workers by 2025 to ensure that economic growth is not stalled by skills shortages.

Any company looking to remain competitive—especially those in the manufacturing or technology sectors—must emphasise becoming a top employer in APAC. And, one talent pool they could look to attract in Asia is women. Diversity and inclusion is one area where the wide variety of cultures across APAC shows itself, but the region scored highest on the importance of maintaining gender roles. Of course, it varies from country to country but, in patriarchal societies like Japan and China, females are often underrepresented in the workplace due to traditional views about women taking care of the home, rather than contributing to the household income.

Unfortunately, the tech sector will suffer the most from this, with men making up 84% of STEM graduates in Japan alone. Conversely, companies that invest in reskilling and upskilling women—while also providing flexible work arrangements—will reap the rewards when it comes to attracting and retaining female talent. Indeed, research from McKinsey shows that Asia Pacific could add $4.5 trillion to annual GDP in 2025 by closing the gender employment gap.

Despite the challenges of COVID-19 and changing demographics, corporations in the APAC region have showed resilient, expanding profits throughout the last decade. And, enticed by the large labour market, leading organisations are investing in the talent pools of APAC as a means of future-proofing their workforce.

However, the complexity of the region also means that there’s no one-size-fits-all solution for recruitment in APAC. So, increasingly, global enterprises are turning to recruitment process outsourcing (RPO). According to Everest Group, Asia Pacific is the fastest growing region for RPO and is set to make a swift recovery; finding the right RPO partner in APAC can help you navigate the region’s unique talent market conditions—and capitalise on the growth it offers.

Learn more about how RPO can support your global talent acquisition strategy, download our free Definitive Guide to RPO. 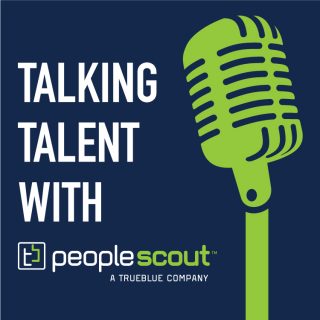 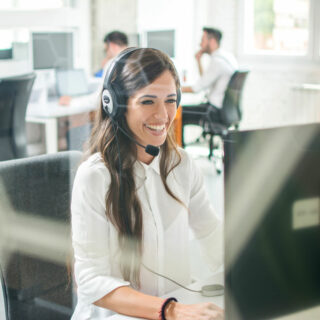 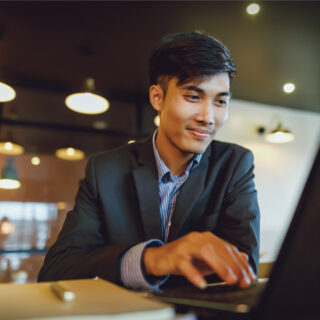